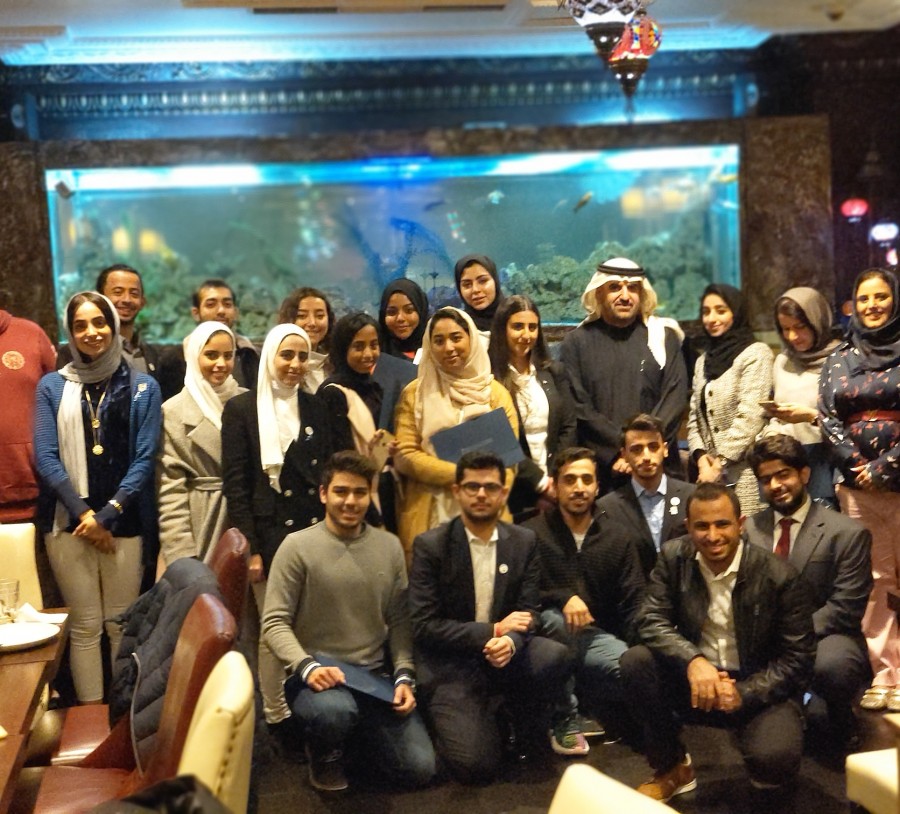 The Mohammed Bin Rashid Al Maktoum Knowledge Foundation (MBRF) honoured Emirati exchange students in the UK, appointing them as “Bil Arabi Ambassadors”, on the sidelines of its participation in the London Book Fair 2019.

MBRF’s CEO His Excellency Jamal bin Huwaireb honoured several Emirati students who have made positive and effective contributions to the Foundation’s pavilion at the Book Fair – which sought to reflect the UAE’s culture – and announced the “Bil Arabi Ambassadors” initiative.

“In December 2013, the Mohammed Bin Rashid Al Maktoum Knowledge Foundation launched ‘Bil Arabi’ to celebrate UN Arabic Language Day on December 18,” H.E. bin Huwaireb said. “The initiative seeks to promote the use of the Arabic language in digital media and social networks. Six years following its initial launch, ‘Bil Arabi’ has been successful in promoting the use of the Arabic language among native speakers, and underlining its versatility and relevance in all eras.”

“The initiative has expanded significantly through constructive cooperation between the Foundation and its strategic partners in both the public and private sectors. Additional activities have been introduced, targeting all segments of the community, most recent of which is the ‘Bil Arabi Ambassadors’ initiative we launched today,” H.E. added, urging the students to read more material in Arabic, to use their native language to communicate with others, and to encourage non-native speakers to learn it.

“Bil Arabi” is a pioneering initiative that seeks to promote Arabic, position it among the world’s major languages, ​​and to encourage its preservation and use in all channels of social communication. The initiative has been well received among all segments of Emirati, Arab, and international communities; it has held several successful events in the UAE and abroad where the significant turnout reflected Arabic speakers’ dedication to preserving and promoting their language.