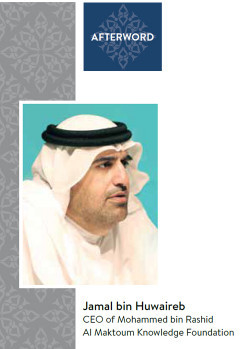 Hope Probe is an Unprecedented Achievement

By the efforts of our wise leadership, UAE has achieved unprecedented historical space achievement. This great achievement was evident in the launch of the “Hope Probe” to Mars, in the first Arab trip aimed at exploring the Red Planet. On July 20, 2020, the probe started its mission to reach the Mars orbit in February 2021, according to scientists’ expectations. Thus the journey will take about seven months, during which the probe will travel 493 million kilometers at a speed of 121,000 kilometers per hour. The probe will remain in the orbit of Mars for a full year, depending on Mars time, which is 687 days.

In a promising tweet, His Highness Sheikh Mohammed bin Rashid Al Maktoum, Vice President and Prime Minister of the UAE and Ruler of Dubai, announced: “We received the Hope probe’s first sighting of its destination; Mars after the spacecraft traveled one million km into space. Beyond the sky is where our dreams start.”

This image from space confirms the success of the most important space experiment so far, as the probe is expected to collect a lot of important information on Mars, and the UAE will provide this amazing wealth of information for free to the whole world; in order to enhance scientific knowledge that serves humanity as a whole.

It is striking that the earth station engineers regularly conduct a series of maneuvers to improve the probe’s path and ensure its correct orientation towards Mars, which confirms the utmost importance of the role of science and digital technical development in accomplishing this huge mission.

In this issue, we also review the most prominent initiatives of Mohammed bin Rashid Al Maktoum Knowledge Foundation (MBRF), such as the “Literacy Challenge” initiative launched by His Highness Sheikh Mohammed bin Rashid Al Maktoum to confront one of the greatest dangers threatening nations, which is ignorance and how to overcome it. The Foundation organized the Literacy Challenge Forum under the patronage of His Highness the Vice President and Prime Minister of the UAE, and the directives of His Highness Sheikh Ahmed bin Mohammed bin Rashid Al Maktoum, Chairman of the MBRF. This Forum hosted experts from all countries to lay down future plans to eliminate illiteracy in our Arab countries so that we can regain the splendor of our old glory and step with confidence towards building a society of science and well-being.

We also read in this issue the most important achievements of the Knowledge Summit since its first edition in 2014, considering that the future of countries depends on their ability to supply knowledge, science and technology. In its various editions, the Summit was attended by an excellent group of leading experts and thinkers in the world who discussed the future of Knowledge and its importance in developing people in the era of amazing technological developments.

As for the “Bil Arabi” initiative, it achieved a strong presence in social media because it sought to recover the vividness, greatness and charm of the Arabic language. It also revealed the importance of developing Arabic digital content on the internet, given that the language is a close bond for around 400 million Arabic speakers.