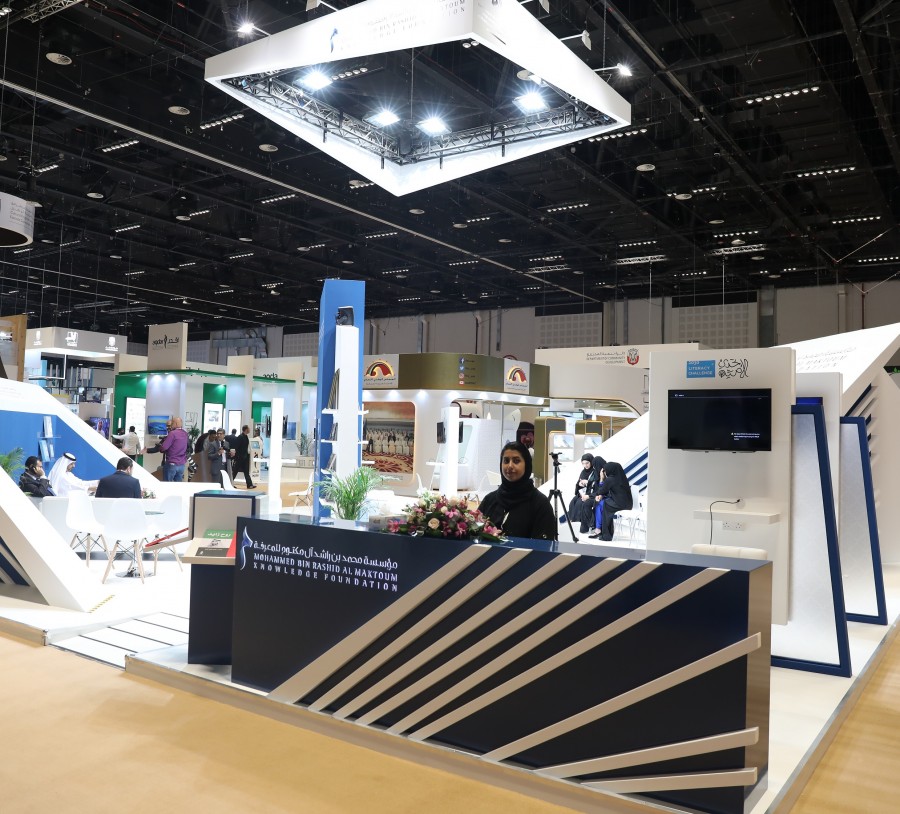 The Foundation’s objectives from participating in the Fair include highlighting its cultural projects and the publications and books these projects produce, in addition to cementing its knowledge role in the region and the world by strengthening partnerships with various entities operating in the publishing and distribution sectors. Its agenda for the Fair is filled with activities and book signings, as well as discussion panels and workshops featuring high-profile authors and specialists in various literary disciplines.

MBRF’s CEO His Excellency Jamal bin Huwaireb asserted the Foundation’s commitment to participating in the prominent cultural event, which attracts a host of experts and professionals from the publishing industry around the world, as well as prominent authors, publishers, and intellectuals, to form a region-wide cultural movement.

“As we participate in the 29th edition of the Abu Dhabi International Book Fair this year, we will be promoting and introducing our latest projects and publications, issued through our various initiatives, such as the Dubai International Programme for Writing, “Esterahat Sayedat”, and Qindeel Printing, Publishing and Distribution – MBRF’s publishing arm,” said H.E. bin Huwaireb. “We will also be reaching out to local and regional publishers to explore opportunities for cooperation and partnership to position the Foundation as an enabler for the printing and publishing sectors in the region.”

The Mohammed Bin Rashid Al Maktoum Knowledge Foundation is also organising a number of events under the Dubai International Programme for Writing, including signing ceremonies for publications issued at the Programme’s latest workshops in Dubai and Tunis, with topics covering translation, children’s literature, and short stories, in addition to launching a new workshop titled “Children Writing”.

The agenda also includes activities organised by the “Esterahat Sayedat” initiative, including daily discussion panels titled “A Journey Among Books”, “One Story a Day”, and “Reading and Social Media Platforms”, in addition to a poetry night titled “It’s Raining Poetry” and “The Place in the Novel”.

Furthermore, the Foundation will be organising panel discussions during the exhibition to shed light on the Dubai Digital Library and its latest developments, as well as other sessions on “Addressing Bullying in the Workplace”, “The Gap Between Generations”, and “The Role of Technology in Integrating Culture with Society and Spreading Knowledge”. Meanwhile, Qindeel Printing, Publishing and Distribution is organising a workshop on “The Spirit of Zayed”, along with a signing ceremony for “Flood” by Maitha Khayat and “Early Days in the Emirates” by Nick Cochrane-Dyet.

The Abu Dhabi International Book Fair is one of the most diverse of its kind in the region. Since its launch 29 years ago by the UAE’s Founding Father the Late Sheikh Zayed bin Sultan Al Nahyan, the exhibition has earned international repute as a prominent cultural and commercial event in the region, one that reflects the development of the UAE’s cultural scene and its modern intellectual and literary output, all while representing its authenticity and heritage.