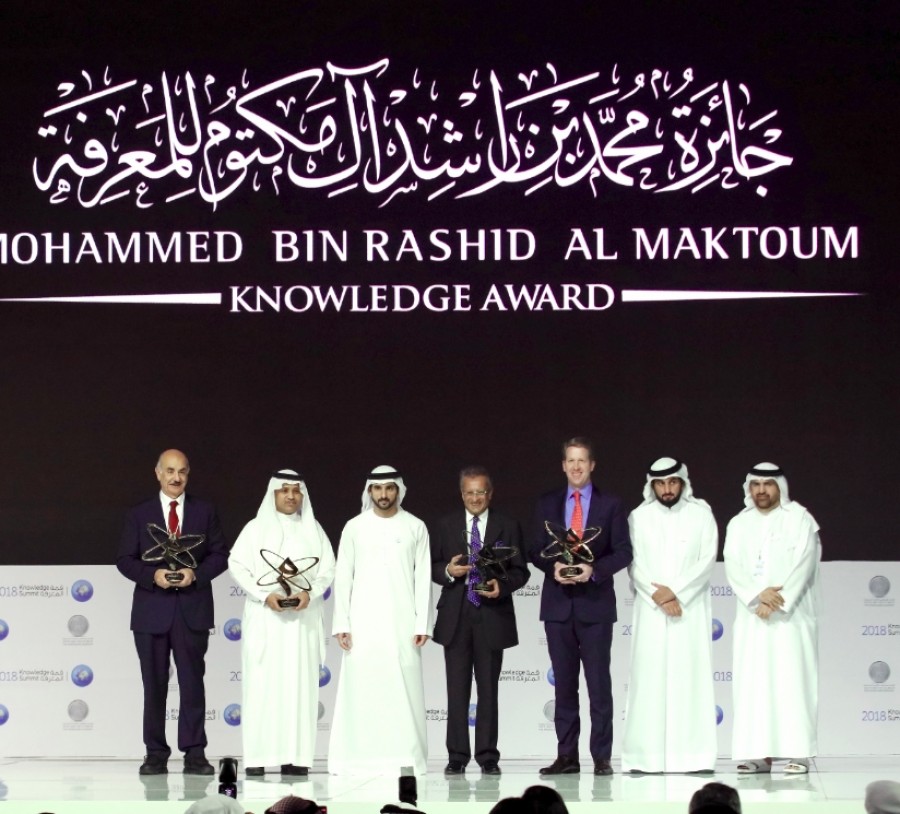 The Award honours knowledge pioneers from all around the world – be they organizations or individuals – who have had ground-breaking achievements in various knowledge disciplines that have positively affected their communities and people’s lives in general.

The Award’s official website has received applications from all around the world, with submissions from individuals making up the largest share and the majority coming from outside the UAE, which reflects the Award’s international appeal. Submissions came in from almost all Arab countries, as well as other regions around the world, focusing mostly on development and entrepreneurship; creativity and innovation; the development of educational institutions and scientific research; communication technology; printing, publishing, and documentation (paper and electronic); medicine; medical innovation; and human resources training.

“The submissions we receive for the Mohammed Bin Rashid Al Maktoum Knowledge Award have been increasing in number and improving in quality with every passing year, underscoring the tremendous momentum that this Award brings to innovators,” said H.E. Jamal bin Huwaireb, CEO of MBRF, the Vice Chairman of the Board of Trustees and Secretary General of MBRKA. “The Award will continue to receive applications until June 30, 2019, which will then be evaluated by the Advisory Committee of the Award and the Board of Trustees to shortlist the finalists ahead of announcing the laureates at the Knowledge Summit 2019.”

Applications for the Award can be submitted on www.knowledgeaward.org, with eligible candidates including individuals from the UAE or abroad, government entities and institutions, in addition to regional and international companies and organisations. The Award, however, cannot be given posthumously.