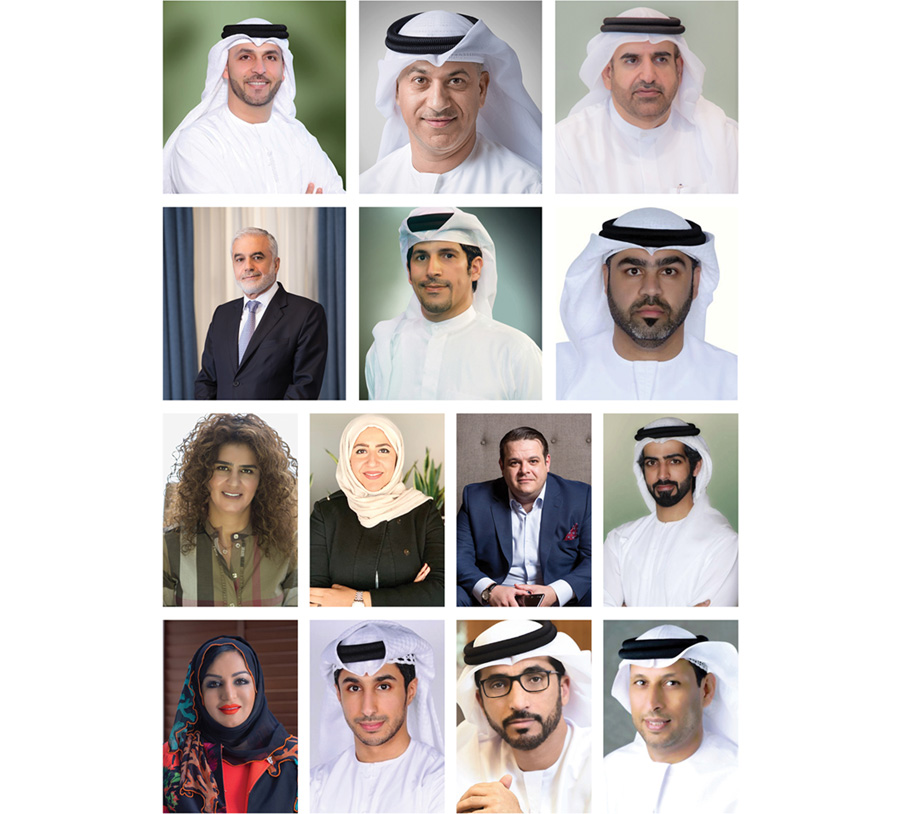 Dubai, The Mohammed bin Rashid Al Maktoum Knowledge Foundation’s (MBRF) ‘Bil Arabi’ initiative has entered its eighth year this week with the theme ‘Bil Arabi: The World’s Language’, garnering attention and support from government and private entities in the UAE and the world.

MBRF’s CEO His Excellency Jamal bin Huwaireb underlined the importance of such support to enhance the initiative’s role in promoting the use of the Arabic language among members of the public in their everyday life. “Every year, we can see growing interest among these entities to celebrate Arabic and work to re-establish it as a major world language. This, in turn, has played an instrumental role in maintaining the initiative’s momentum to achieve its objectives.

Ahmad Idris, CEO of Abu Dhabi National Insurance Company (ADNIC), said: “We are immensely proud to be a long-standing partner of the Mohammed bin Rashid Al Maktoum Knowledge Foundation and the ‘Bil Arabi’ initiative and will continue our commitment to promoting the Arabic language across the globe. The initiative, since its inception, has been a key catalyst for youngsters around the world to adopt the use of the Arabic language…On a yearly basis, through its interactive events and activities across countries, the initiative is helping to shape public opinion and preserve the language for generations to come.”

For his part, Ahmed Saeed Al Mansouri, CEO of Radio and TV Sector at Dubai Media Incorporated, applauded the ‘Bil Arabi’ initiative for embracing and implementing the ideas submitted by youth and students from universities around the UAE for World Arabic Language Day, which the UN celebrates on December 18 of every year to promote the use of the Arabic language on digital and social media outlets, as well as to highlight its beauty and connection with Arabic heritage.

Meanwhile, Ahmed Al Hammadi, CEO for the Press Sector at Dubai Media Incorporated, said: “Our language is the key building block of our national identity, and there is no doubt that ‘Bil Arabi’ is rooted in that fact, and works to support and promote the use of the Arabic language on social media, which, in turn, serves to highlight the UAE’s civilizational development. ‘Bil Arabi’ is one of the most important initiatives that seek to strengthen the Arabic language, cement its position in the community, and promote it as international language par excellence.”

Abdul Raheem Al Bateeh Al Nuaimi, Acting General Manager at Abu Dhabi Media Co., reaffirmed his company’s commitment to supporting social and cultural initiatives that seek to support the Arabic language. “Abu Dhabi Media Co. is proud of its decision to focus on Arabic content – a policy we have consolidated since we launched our audio-visual, digital, and print media, where the majority of them are in Arabic,” he said. “This is in line with the company’s goals to present distinguished Arabic content to underline our national identity and support the government’s initiatives, most notable of which being ‘Bil Arabi’.”

Mohamed Al Hammadi, Editor-in-Chief of Alroeya applauded MBRF’s incredible efforts in promoting the initiative around the world. “The ‘Bil Arabi’ initiative has witnessed tremendous success in recent years, recording notable interaction with its activities across several countries, where it has reached millions around the globe,” he said. “This confirms, year after year, the position Arabic occupies in the minds of its speakers around the world.”

On the same note, Fuad Mansoor Sharaf, Managing Director of UAE, Shopping Malls at Majid Al Futtaim, said: “At City Centre Mirdif, we are proud to celebrate the many cultural influences that shape and distinguish us. Our ability to provide rich, diverse, and satisfactory retail experiences to all of our visitors reflects the richness and diversity of the people and traditions that make the communities around us so special. We look forward to utilising our partnership with the Mohammed bin Rashid Al Maktoum Knowledge Foundation to support the ‘Bil Arabi’ initiative, demonstrate our pride, and encourage others to do the same.”

Ahmed Al Alawi, Editor-in-Chief of Al Ain News, said: “Our support and sponsorship of the ‘Bil Arabi’ initiative comes in light of our general policy to focus on promoting the Arabic language, highlighting its aesthetics, and noting the correlation between the Arabic language and the media industry, where the language is a tool for creating content and delivering the message to the audience.”

Meanwhile, Director of Communication and Public Relations at Al Dhafra Channel, Fahd bin Jassas, explained that the ‘Bil Arabi’ initiative is a celebration of the Arabic language. “It is a tremendous effort from the Mohammed bin Rashid Al Maktoum Knowledge Foundation to reacquaint Arab youth with their language, which is rapidly modernising. We at Al Dhafra Channel believe the media has an immense role to encourage young Arabs to love their language, as well as to help simplify and modernise it.”

For his part, Muhammad Bala Al-Harithi, Member of the Forsan UAE Media Group, said: “Our digital media partnership with the ‘Bil Arabi’ initiative, allows us to communicate with our followers and urge them to promote the initiative in their social media posts to highlight the aesthetic of the language, and to underline its importance in arts, science, and literature across all social networks.”

Also commenting on the initiative, Nathalie Awadissian, Director of the Broadcasting Department and of the Media and Institutional Communication Department at Al Oula Radio, said: “Al Oula Radio is proud to lend its support to all national institutions and initiatives that seek to preserve the national identity of the UAE, especially an initiative like ‘Bil Arabi’, which aims to preserve our mother tongue and helps set the foundations and rules of the Arabic language among new generations. It serves to ensure its continuity, especially in terms of Arabic-language digital content, which faces many challenges that we must work to overcome.”

Dr Raghad Al Qaisi, Medical Director at the Mawi Day Surgical Centre, said: “We are honoured to sponsor the ‘Bil Arabi’ initiative in its eighth edition. The growing interest in the Arabic language at the moment reflects the support it has received from officials, who are aware of the importance of preserving the Arabic language and promoting its use on digital and social media channels.”

On the same note, Nadine Samra, Chief Business Officer for Digital-OTT at Weyyak, said: “Our sponsorship of the ‘Bil Arabi’ initiative stems from our belief in the fundamental role that the Arabic language plays in building, developing, and supporting society. Our mother tongue is one of the most important elements of our Arab identity; it has long been the vehicle to convey the history and culture of Arab civilizations over time, and is among the most important factors unifying the Arab nation from the Atlantic to the Gulf.”

Nashaat Eldehy, CEO of TeN TV said: “TeN TV elected to sponsor MBRF’s ‘Bil Arabi’ initiative in an effort to raise awareness about the history, culture, and evolution of the Arabic language. Arabic is a cornerstone of humanity’s cultural diversity and one of the most widespread languages in the world, spoken by over 400 million people. It is revered by Muslims as the language of the Holy Qur’an, but also used as a main language of prayer by many Christian churches in the Arab region. Historically, it allowed for transferring Greek and Roman science and philosophy to Renaissance Europe, in addition to establishing communication lines from the shores of India to the horn of Africa.”